skip to main | skip to sidebar

What I'm doing on my Summer Vacation
1. You need to know I'm down to 195, bitches. Yeah. I said it. One hundred ninety five fucking pounds. That's 38 pounds gone since Jan. Uh huh.
2. No, I'm not exercising. I have veracious veins that you wouldn't believe from all the standing I do. Either in the store, in the booth, on grass, on asphalt, on cement. I stand & have the biggest vein going up from my calf to my ass. Yup. Pretty things for pretty girls.
3. Update on Crank van: Yes we still own it. I put it on Craigs list, parked it in the lot by the store & had 2 people ask about it. We decided that we'd just finish getting it fixed & keep it. It does have that great sound system and if I leave the windows down I really don't notice the raw gas smell.
****************
Random photos 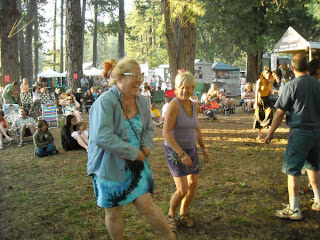 Taylorsville Solar Cook-off. Dancing with my friend Camilla
This is my favorite vending festival. Money's good & the music is great.
*************** 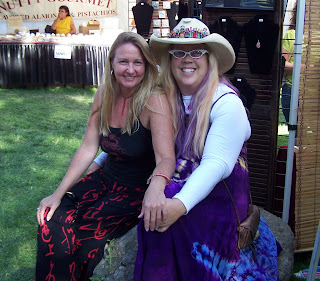 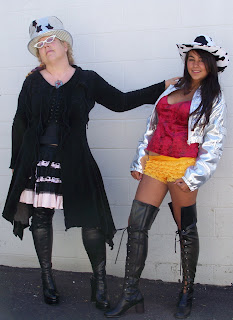 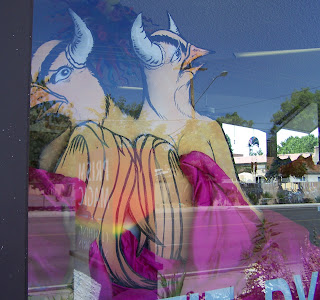 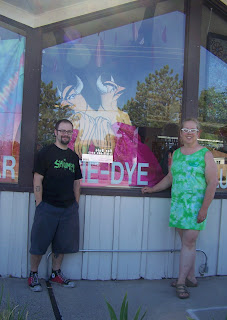 Artist Christopher Umana & me.
Back in June there was a big artist exhibit at one of the sleezey motels. Over 100 different artists rented rooms for a week & showed their stuff. I fell in love with Christopher's work and approached him about doing a show in the store.
Turns out he shops the store & was really honored to be asked.
So I have a nice display of his work in the window & inside.
**********************
Fire spinning
I've been fire spinning and loving it.
Here's a link to check me out at the Taylorsville Solar Cook-off. I spun during the drum circle.
That's it for now.
Posted by twinkelydots at 1:45 PM 10 comments: